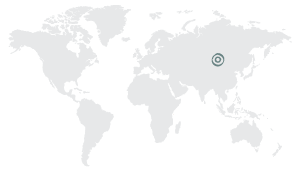 Connection to Knowledge and Place in Mongolia

Mongolia is dominated by an expansive grassland ecosystem that remains sparsely populated to this day. The people of Mongolia are ethnically homogenous, with some cultural or lifestyle differences based on ecosystem, such as grasslands, mountains, or forests. There is strong traditional culture, lifestyle, and practice linked to pasturelands and livestock. Herders are nomadic, residing and grazing animals in different areas depending on season/time of year.

An important element of Mongolian culture is respect and reciprocity for nature in daily life. As part of this, many people have a strong sense of spirit in the landscape, and they practice associated rituals.

“In our traditional culture, if someone respects nature, nature gives back success and luck. So, ceremony and daily life relate to these concepts. Mongolians have always believed that the land and the resources don’t belong to them, it belongs to the spirit. From back in 13th century, they believed in Tengri, a heavenly being… the major belief was that we had that spirit in every mountain and river and these resources belonged to him not to herders. You have to politely ask the spirits to use the useful features like water and grass and animals and herders do that by doing a worship ceremony. So, in every community, there is a special place where people go and worship. That culture was one of the important foundations of Mongolians’ perspective on nature.”

People’s culture has been affected by centuries of political and economic changes, most recently in natural resource laws. Over the last three decades, Mongolia has undergone a rapid transition from a centrally planned, highly subsidized economy, to a democracy with an increasingly free market. Post-1990’s, Mongolian society and politics changed with the rise of mining, agriculture, construction, and tourism sectors, which led to more property rights and an individualized economy. This represented a new cultural shift, as there was not previously a notion of “private land ownership” in Mongolia—everything was common property.

Despite these changes, the nomadic way of transfering local knowledge continues within and between families. Transfer of knowledge, beliefs and respect for the natural world is maintained through stories, songs, epic poems, and through their traditional skills and practice of hunting and herding.

“The parents are teaching their children in practice… at three to five years old it’s a big thing to get your kids to ride horses. Parents are excited… once you start them riding horses, you would be helping your parents to take up the livestock. They teach them everything. They teach about plants, what plants are good for animals and what plants are bad. Grandparents and grandmothers are the best teachers because they have the knowledge, and it is very important to them that they transfer that knowledge to their kids so that they can be a successful herder.”

In 2012, the Mongolian parliament approved a law for community-based natural resource management based on collective rights. Much of TNC’s early work with communities centered on awareness-raising about these rights and how to exercise them. Working together, herders formed community-based natural resource management contracts and community-based organizations (CBOs). The establishment of CBOs is facilitating trust-building, mutual respect, cooperation and collective action, and unity amongst people that historically lived very independently, far flung across a vast landscape.

Community-based natural resource management training and planning provides Mongolia’s traditional people an avenue to elevate their knowledge in the modern system for enduring ties to their lands and ways of life. As such, connection to place and continuation of this culture is at the forefront of community-based conservation in Mongolia. 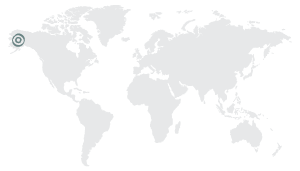 People’s connection to place in Alaska is represented from the tundra and sub-arctic, to the forested, mountainous southeast rainforests. Indigenous Peoples’ connection to place, culture, and knowledge is ancient and modern, driving towards a future of community stewardship of healthy lands and waters. In Alaska, across generations spanning thousands of years, connection to place transitioned with natural cycles. Elders describe a nomadic lifestyle with camps for spring, summer, fall, and winter. The people would follow different life cycles, moving where they needed to be to sustain themselves in accordance with natural laws, customs, spiritual beliefs, and sustained knowledge systems. They were adaptable, constantly in a cycle of preparation for the next season.

“Being in right relationship with your place was primary. As much as the land cares for us and provides us sustenance, it’s also our responsibility to care for the lands and ‘resources.’ Stewardship is just that constant practice of care for and being cared for by your natural landscape. That symbiotic, reciprocal relationship continues today being transmitted across generations.”

Across Alaska, Indigenous Peoples use cultural and traditional knowledge to demonstrate active management for sustenance, wellbeing, and livelihoods. One example is around their relationship with salmon, as a relative.

“Indigenous Knowledge instructs you not to catch the first wave of fish, you’ve got to let that first pulse make it to the headwaters and then you can work on your harvest… A recognition that even if we’re hungry for fresh fish in the first pulse, you must let it pass, respecting those who are the strongest most resilient species, that know where to return, and ensuring they reach it to the headwaters so their descendants can return in future years in healthy numbers.”

Pre-colonial Yup’ik people were recognized for having a “zero footprint” for their sustainable lifeways, packing up camp and leaving the land in such a way it looked “untouched,” knowing from original instructions that this practice would allow for migratory birds and other key species to return. However, changes brought on by colonization have been devastating.

“We had to put a lot of our practices away, we had to put a blanket on top of our spiritual and Indigenous Knowledge, we had to hide it before it was completely criminalized and lost. They say that we’re now in the time of taking the blanket off because it’s becoming safe again, and our youth desire that knowledge, thankfully it’s surfacing and being applied again.”

“The healing movement is front and center. You can’t talk about language or protection of land or any number of things without healing also coming hand in hand and how people are conceptualizing this awakening. We have a phrase, ‘Tsu Héidei shugaxhtootaan, yá yaa khusgédaakeit, haa jeex’ anakh has kawdak’eet.’ Which is ‘we will now open this box of knowledge,’ and it was a recorded phrase by an Elder that is spoken down to the generations. Reverberated down.”

This is both a desire coming from Indigenous youth themselves and the systems becoming more accepting, Elders know that healing the land and healing the people go hand in hand. It is apparent that coming together, healing the lands, waters, and peoples is about opening and remembering cultural practices and ways of knowing. This movement is emerging through Indigenous youth who are seeking more intergenerational and cultural transmission of Indigenous Knowledge, stewardship values, practices, and principles.