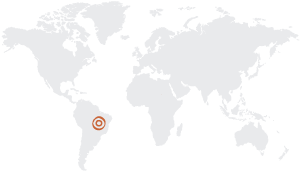 Women’s Leadership in the Xikrin Indigenous People of Brazil

The Xikrin Indigenous People of Bacajá, numbering approximately 1,300 people, live in 20 villages in the Trincheira Bacajá Indigenous Land, a territory spanning 4 million acres (1.65 million hectares) in Brazil’s Pará state in the heart of the Amazon Rainforest. A massive natural carbon sink and haven for biodiversity, the Amazon is undoubtedly one of the most important ecosystems in the world—and Indigenous lands are critical to its protection, comprising over 27 percent of the land area in the Amazon Basin and holding 33 percent of its carbon reserves. TNC has partnered with the Xikrin People on forest protection and livelihood opportunities for several years, and recently those partnerships have included an intentional gender focus.

Observing that their responsibilities were often seen both inside and outside the village as secondary roles, the Xikrin women (known as Menire) set out to gain stronger recognition of their roles as natural resource managers, as well as opportunities to lead other types of projects in their communities. Their goal was to organize themselves and engage supportive partners, to grow their knowledge and skills and increase their visibility within their communities and in the world of the kuben (white people). With many of their roles and interests centered on sustainable natural resource management, supporting the Menire’s vision and leadership is a natural and long-term solution to improve environmental and human well-being.

The Xikrin women began this journey for external visibility in 2013, with a diverse portfolio of sustainable resource management and production projects in partnership with the Brazilian government’s National Indigenous Peoples Foundation (FUNAI), The Nature Conservancy, the Plan for Regional Sustainable Development in Xingu (PDRS Xingu), and traditional ribeirinho communities in Rio Novo. These multi-stakeholder platforms for engagement have been key to driving and sustaining working partnerships in support of Indigenous Peoples’ voice, choice, and action throughout the region.

These women-led projects—including dress-making, flour production, vegetable cultivation, and dye creation for body paint (and more recently for painting materials such as bags and shirts)—all have the goal of supporting the sustainable management, harvest, and production of non-timber forest products, in turn promoting and maintaining a vibrant living forest. Some of these projects continue today and serve as examples for other villages, encouraging the participation of more interested families.

One project that has expanded and now includes the participation of several Xikrin villages is babaçu oil production, from the nut of a palm tree. The project centers on strengthening the Menire’s capacity to lead the management, production, and commercialization of the babaçu oil for subsistence use within the villages and for external commercialization. The oil is sold at fair prices and routed directly to consumers or stores in urban centers, cutting out intermediary buyers and adding significant economic value to an activity of cultural and environmental importance.

This project has also included the establishment of a new nhô rõny kangõ nhõ kikre (babaçu oil processing house), a small oil extraction machine, and bottles and labels for packaging the oil. Processing babaçu oil for cooking, cosmetic, and ritual purposes is a traditional role and rich cultural heritage of the Menire that dates back generations; now it is providing the opportunity for greater leadership, income, and recognition for the Xikrin women and their villages. The project received recognition from the United Nations Food and Agriculture Organization for women’s empowerment and autonomy in rural activities that promote healthy and traditional foods. 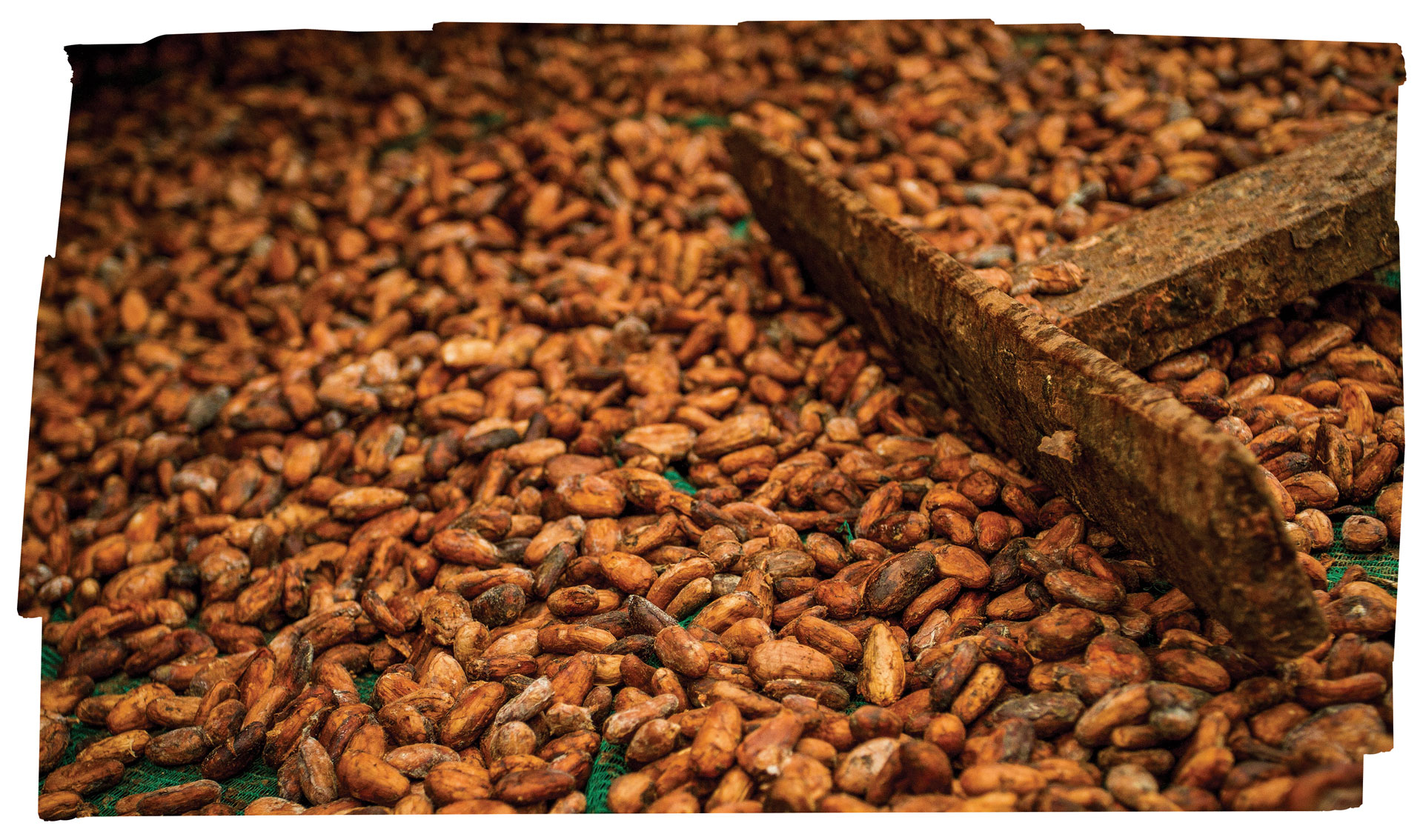 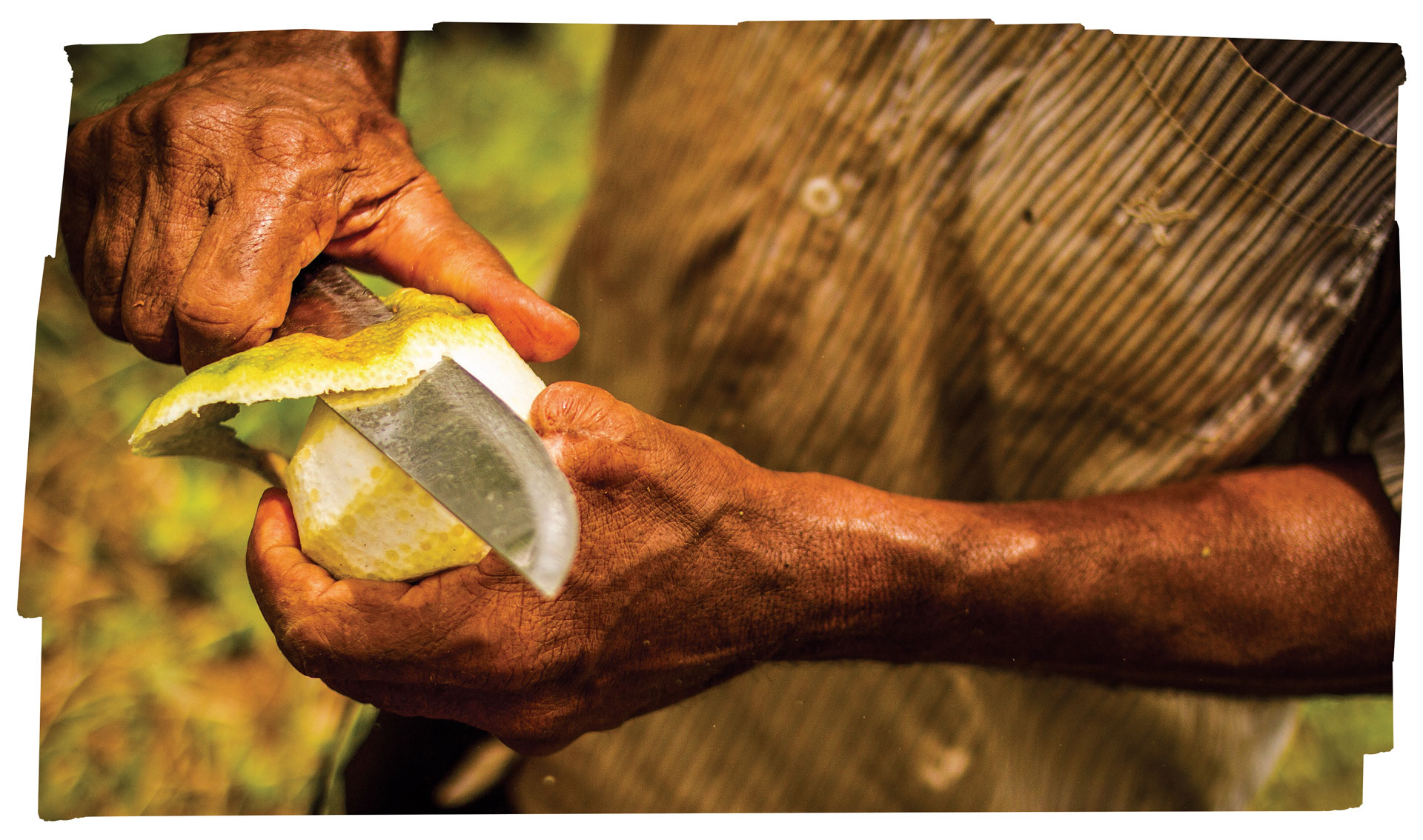 Indigenous women are the leaders of a promise to future generations. Mothers, grandmothers, great-grandmothers—all women in the community—share an important understanding of and responsibility for forest resources, which are critical for food security for the entire family, and for sustainable management of community resources. In the Xikrin People’s Territorial and Environmental Management Plan (PGTA—developed in partnership with TNC), the Menire emphasized the importance of strengthening their traditional knowledge and the commercial management of non-timber forest products, such as the piy (Brazil nut). The entire family participates in the processing of the piy, including collection, washing, drying, transporting, and storing.

TNC also supports other Indigenous Peoples in managing and commercializing resources like the Brazil nut, including the Parakanã Indigenous People in the Apiterewa Indigenous Land, neighboring the Xikrin. As with the babaçu oil project, the Xikrin and Parakanã Peoples’ established organizations are managing and selling the Brazil nut directly to the industry, for example to a bread factory, removing intermediary buyers and thereby receiving higher prices. The Parakanã People are also developing a strong commercial supply chain for their traditional crafts, selling them for an added value and to a market with stable demand. This in turn provides a constant flow of income that goes directly to the women, who use it to improve the lives of their families and villages and ultimately to strengthen Parakanã autonomy on their land.

An enabling condition that has contributed to success in these places has been the presence of secure demarcated land rights. Although far from fully secure of encroachment and illegal entry and extraction by outside actors, the fact that the Xikrin and Parakanã territories are demarcated makes for a more stable starting point for these efforts. Additionally, the support of long-term partnerships and strong multi-stakeholder platforms has been an important component of this work. For example, Indigenous Peoples from different lands are coming together in collaboration on sustainable livelihoods initiatives, to achieve greater scale and impact, and to connect with mechanisms such as the selo Origens Brasil® for sustainable certification. One of the ways TNC Brazil supports continued multi-stakeholder engagement is through maintaining a cooperative agreement with FUNAI, to ensure FUNAI and TNC objectives and actions are collaborative, complementary, and align behind shared goals in support of Indigenous leadership and self-determination throughout different ethno-regions.

The increasing visibility of Indigenous women’s leadership in Indigenous associations and institutions at all levels across Brazil is leading to large-scale results: Today, the Coordination of Indigenous Organizations of the Brazilian Amazon (COIAB) and the Articulation of Indigenous Peoples of Brazil (APIB), for example, are represented by strong women leaders who promote both Indigenous rights and environmental sustainability at national and regional scales.

When the connections among conservation activities, gender equity, and Indigenous rights are understood, acknowledged, and supported, conservation activities have a much higher potential for generating positive social impacts and contributing to more enduring conservation outcomes. And key to this success is centering the vision and leadership of the Indigenous women themselves, and valuing their process for involvement of the men, youth, and other members of the community, with TNC and other partners playing a supportive role. Supporting Indigenous women to thrive in ways they determine as culturally responsive and aligned with their vision for the future is critical for ensuring the conservation of millions of hectares of ecologically critical lands across Latin America and around the world. 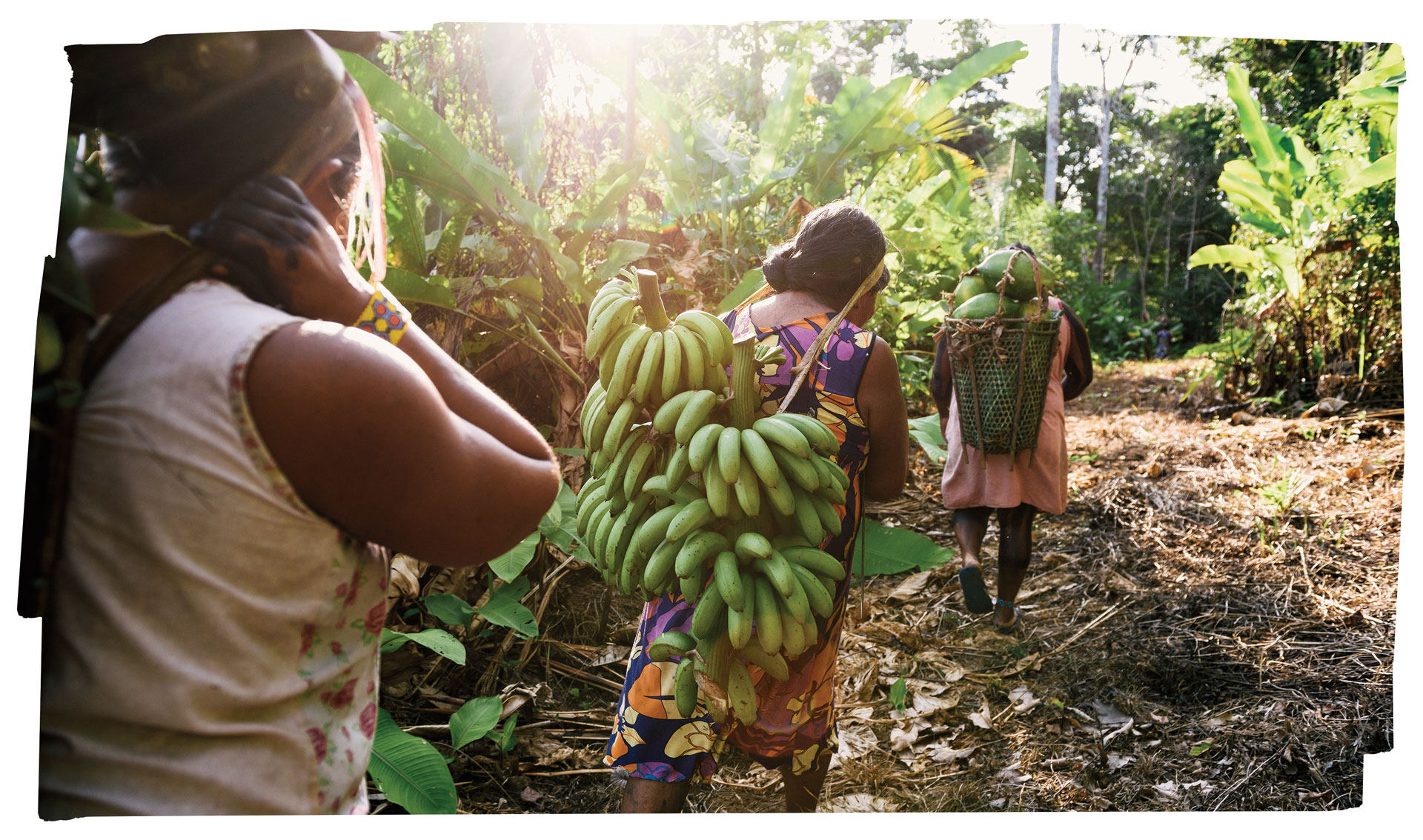 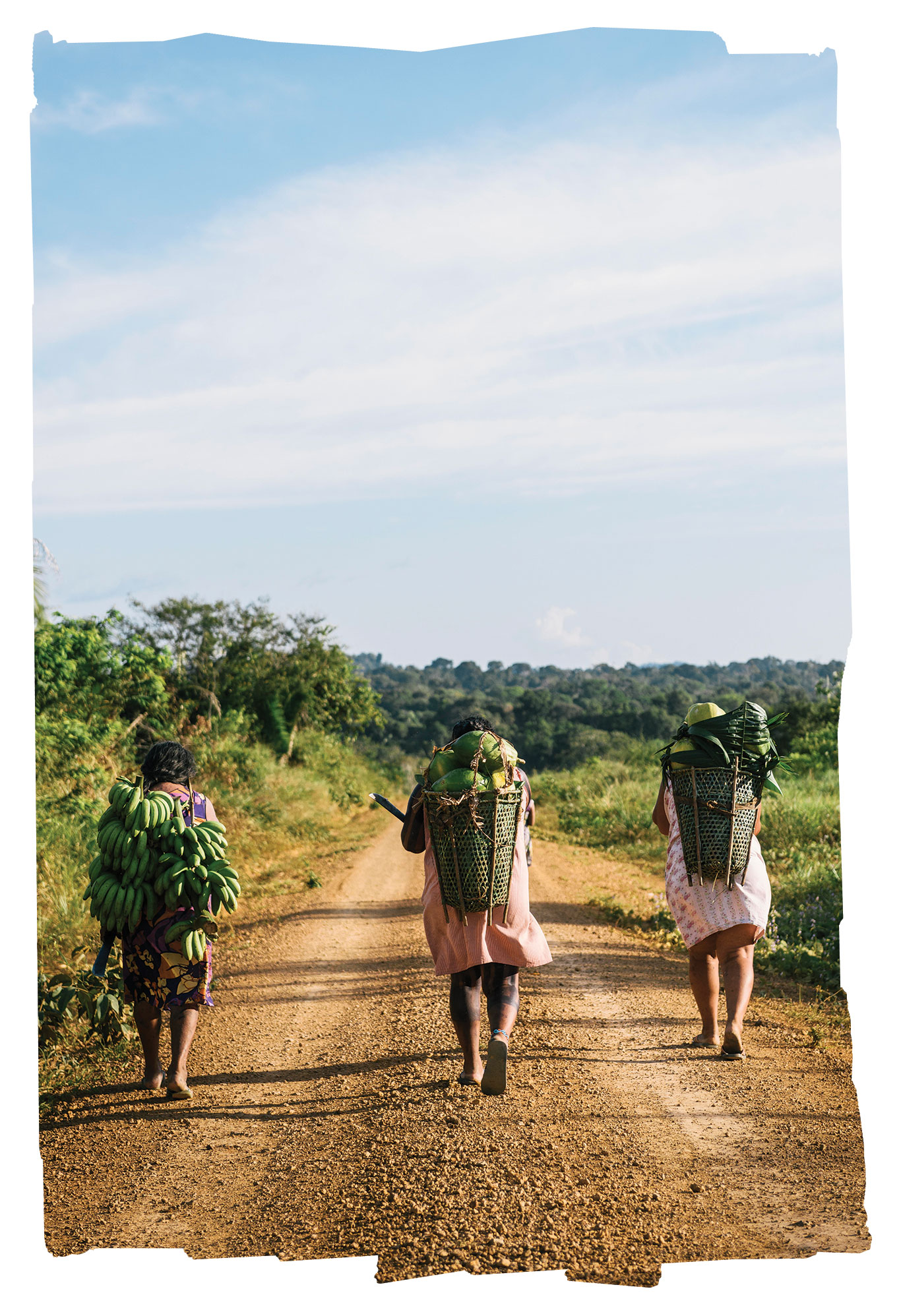